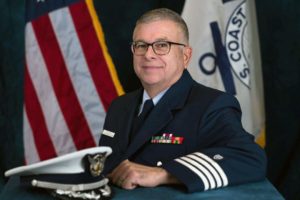 The 2019 Denise L. Smith Volunteer of the Year award is being presented to John W. Davison (’75, ’81, ’84) in recognition for his efforts with the Truman ROTC alumni group.

Davison’s Truman and ROTC story began in 1969 when he attended the ceremony to establish ROTC at Truman. He graduated from Truman in 1975 and then volunteered to teach military science at his alma mater from 1986-89 and 1993-95. He has a Master of Arts degree in management from Webster University and an Education Specialist degree in education administration from Truman. Following a successful Army career, he served in northeast Missouri as a teacher and principal before retiring as a superintendent of schools. Davison and his wife, Lois, returned home to plant three new churches and continued volunteer work in missions, radio ministry and, most recently, established an area dinner church to provide fellowship for the lonely and community for anyone.

Homecoming 2019 celebrates the 50th Anniversary of Army ROTC at Truman. After exploring the idea of a Truman ROTC alumni group for several years, the “Truman Army ROTC Alumni Regiment” was established in 2014. The ROTC alumni group has grown steadily through the grassroots efforts of many alumni and friends. Davison deeply believes that each class of Truman Army officers stands on the shoulders of their past generations and that they are called to pay it forward to those who follow them.

Davison also serves as a volunteer in the US Coast Guard Auxiliary in the tri-state area as a district captain, providing leadership geared towards saving lives and assisting the active-duty Coast Guard. Currently, he serves as minister of a local Kirksville church and continues in many volunteer activities.

About the award Nomination form