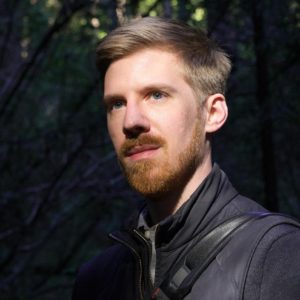 Cody Sumter is a product manager at Facebook for VR Apps and 360 Photography. Previously he was the co-founder of Behavio, a mobile sensing company acquired by Google in 2013 where he worked on Google Photos and in Google X.

He received his Master’s from the MIT Media Lab and MIT Technology Policy Program, where he researched using cellphones as a sensor platform to study social dynamics and human behavior — in addition to a project for using Minecraft as a tool to allow easy access to 3D Printing. With a computer science degree from Truman State University, Sumter spent time prior to MIT working with large-scale data visualizations, analytics, and web development for projects from bot detection in social networks to hospital sensor analytics.

While at Truman, Cody was involved in the astronomy research program, working on and leading several projects at both the Truman Observatory and Lowell Observatory (studying both Near Earth Asteroids and delta Scuti stars in eclipsing binary systems). In addition, he served for three years as the student representative on Truman State University’s Board of Governors and presently serves on the University Foundation Board. Oh, and also during his student years, he brought Humans vs. Zombies to Truman!