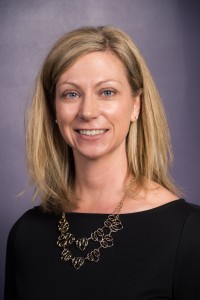 
Jennifer Kopp Dameron is the Director of Intergovernmental Affairs and Policy for the Jackson County Prosecutor’s Office.

Dameron earned a Bachelor of Arts degree in business administration with a concentration in finance from Truman State University in 1999.  While at Truman, Dameron was active in numerous student organizations and participated in Truman’s study abroad program and the Missouri Government Internship program.

She earned her juris doctor in 2002 from the University of Missouri-Columbia School of Law. Her previous legal experience includes serving as an Assistant Missouri Attorney General, as a municipal prosecutor for her hometown and in private practice.

In 2012, Dameron was appointed by Mayor Sly James as the first chair for the Kansas City Land Bank Commission and maintained that position during her entire term.  In 2015, she was appointed and served as commissioner of the Kansas City Tax Increment Finance Board.  Dameron is actively involved in her community and is currently participating in the Greater Kansas City Chamber Centurions Leadership Program representing Jackson County.

Dameron was appointed to the Board of Governors in January 2016.