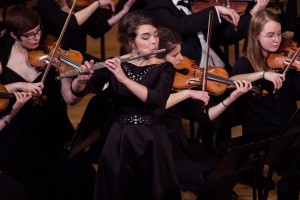 As a flute student at Truman, you’ll receive individual attention in a positive and supportive learning environment. Our members are dedicated to achieving excellence as performers, music educators, and scholars. You’ll take weekly private lessons, performance and pedagogy classes, chamber music instruction and coaching, and ongoing academic and career advising.

You can explore a wide range of performing experiences – including two wind symphonies, concert band, marching band, flute quartet, mixed chamber ensembles, and the annual Gold Medal Concerto Competition. Ensemble participation and music scholarships are based on audition and are open to both music majors and non-majors.

A Lively Community of Learners

Learn from the best performers from all over the world as Truman frequently hosts guest performers and lecturers to provide professional recitals, clinics, and master classes.

Some past guest performers include:

Preparing for Lives That Matter

Graduates of the Truman Flute Studio have been accepted into prestigious graduate programs in performance, music education, instrument repair, and music therapy such as: 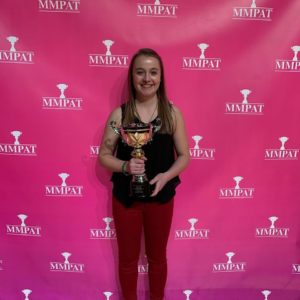