Taylor Outside the Office 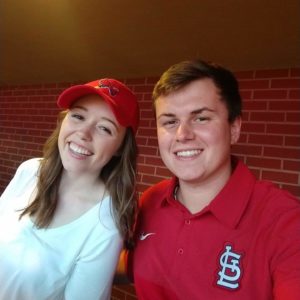 Taylor graduated from Truman with a Bachelor of Arts in Business Administration, with a concentration in marketing in May of 2019. During her time at Truman, she was involved in Residence Hall Association, Missouri Hall Council, Campus Pals (an outreach program with children in the Kirksville area), and was an occasional Game Master at The Ville Escape Room.

Outside of the office, Taylor enjoys baking sweet treats, attempting to golf with her husband, cheering on the Cardinals, and eating at Mi Casa with her friends.