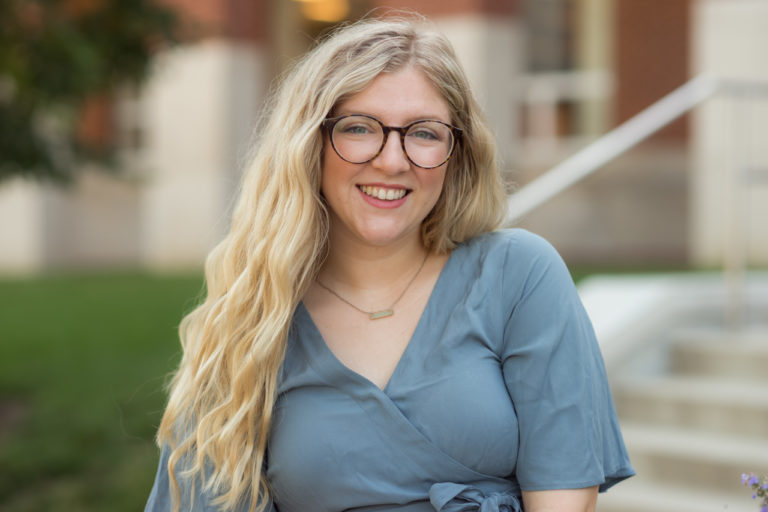 Deanna's movie of choice? Anything Marvel, but especially The Avengers

Deanna Outside the Office

Deanna graduated from Truman in May 2018 with a BA in Spanish and a minor in Communication. After working for a year as a College Adviser through AmeriCorps, Deanna returned to Truman and began working in the Admissions office in July 2019. During her time as a student, Deanna was involved in Tau Lambda Sigma, a local service and social sorority that serves the Kirksville community. Additionally, she gave tours of campus as a Student Ambassador. Deanna also spent a summer in Alajuela, Costa Rica through a Truman faculty-led study abroad program.

Outside of the office, Deanna enjoys spending time with family and friends, going to the dog park, and trying a variety of new things like yoga and cooking. Deanna also really enjoys traveling and has a long list of future trips but her dream destination would be Greece! Deanna is also currently pursuing a Master of Leadership degree through Truman State University.