Thanks to the profound generosity and vision of Mrs. Odessa Ofstad in creating Truman State University’s first-ever endowed chair, the Department of English and Linguistics is able to offer a range of intensive seminars, masterclasses, and workshops led by talented, renowned, and deeply engaging guest writers and scholars from around the world and, in so doing, to raise awareness of Truman’s distinctive mission as a public liberal arts and sciences university.

These courses expose our students to new scholarly, artistic, and professional possibilities by bringing to campus accomplished individuals working in academe, publishing, and the nonprofit sector. The program has regularly included scholars and writers from underrepresented groups, furthering its benefits for students and the university as a whole.

Alongside the classroom experiences made possible by Mrs. Ofstad’s generosity, The Clayton B. Ofstad Readings Series—which has quickly become a centerpiece of departmental and campus culture—invites all members of the northeast Missouri community to public presentations by each of these scholars and writers.

A native of Beresford, South Dakota, Clayton B. Ofstad joined the Language and Literature Department at Truman State University in 1967, where he taught until his retirement in 1987. Mr. Ofstad passed away in 1994. 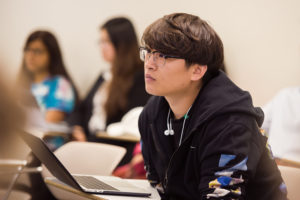 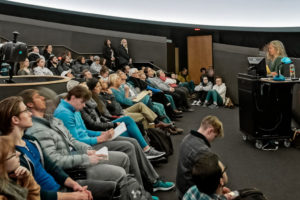 More details
The Ofstad program gave me the opportunity to support the remarkable students in Truman’s creative writing program through our craft workshops and our lively discussions about the writing life.

Author of The Gurkha’s Daughter and Land Where I Flee