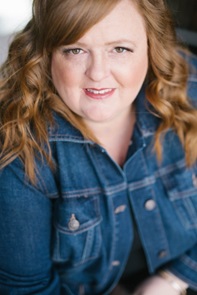 Meadow Heiman is originally from St. Charles, Mo., and earned a Bachelor of Science in biology from Truman State University in 1998. While attending Truman, she was involved in organizations including Beta Beta Beta biology student organization and Alpha Phi Omega service organization. Heiman moved to Indianapolis, Ind., directly after graduating from Truman to pursue an Master of Science degree in medical genetics from Indiana University and become a genetic counselor.

After completing her M.S. degree in 2000, she took a job as a genetic counselor working in prenatal, pediatric and hematology genetics. For the past 11 years she has focused solely on hematology genetics, and she is a published author in the field of bleeding disorders.

Heiman is board certified by the American Board of Genetic Counseling (ABGC) as well as the Academy of Clinical Research Professionals (ACRP). She also serves on genetics committees for the American Thrombosis and Hemostasis Network (ATHN) and the National Hemophilia Foundation (NHF). In 2008 she was named Genetic Counselor of the Year by the NHF.

Heiman’s research activities include studies involving the Amish community—which she has been working with for 15 years. These studies include genetic research in the bleeding disorders: hemophilia, von Willebrand disease and PAI-1 deficiency. In addition to her interest in the genetics of hematologic disorders, Heiman has a special interest in the impact of medical genetics and new technologies on health care and society—including the impact on genetic privacy, medical ethics and familial relationships.