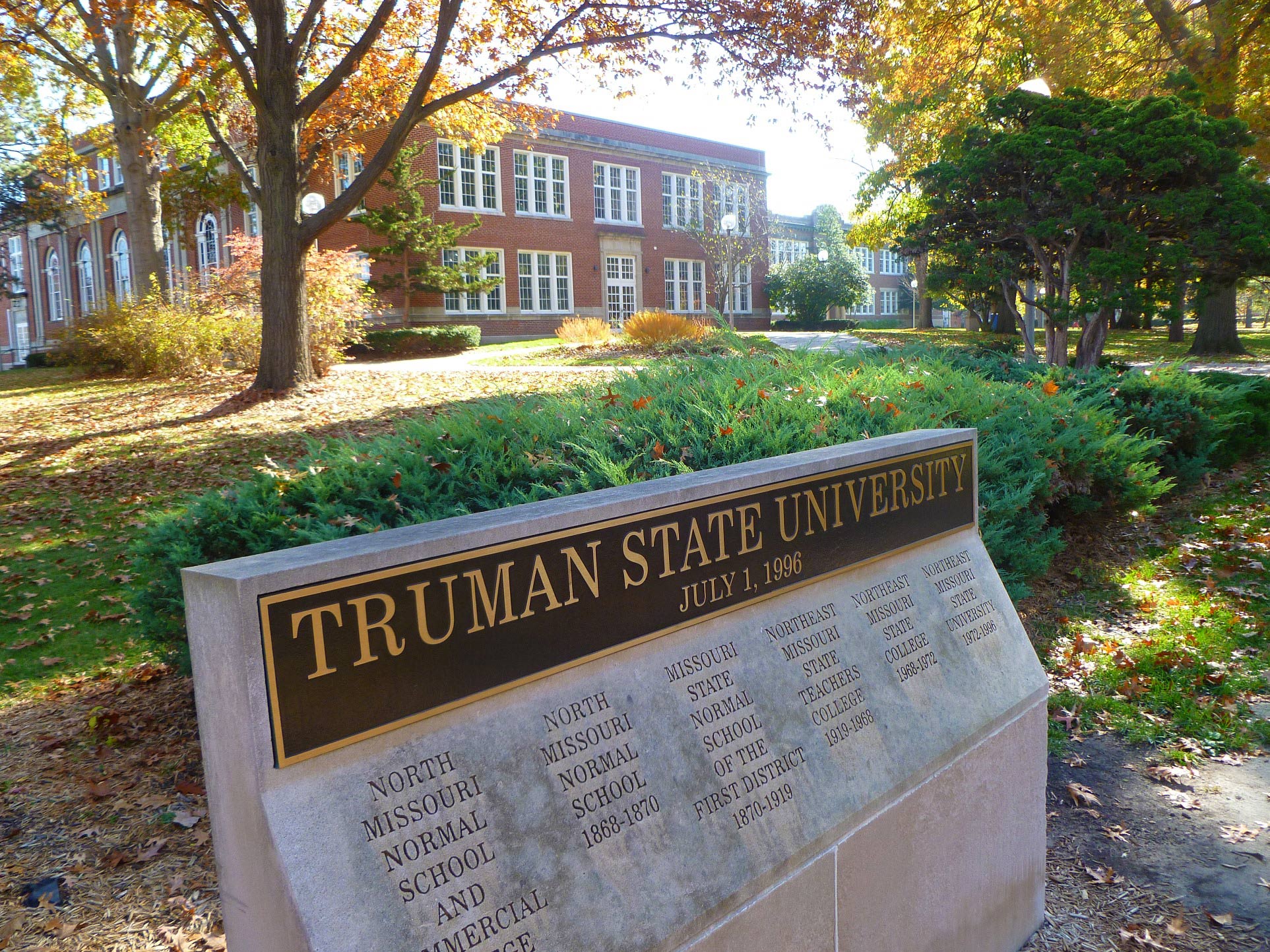 The Relationship Between Mission and Name

Founded in Kirksville, Mo., in 1867, Truman State University has evolved through several name changes, each reflecting a new institutional mission. In each case, the University had undertaken a new mission, and the subsequent name change reflected the new mission.

The state’s goal was to provide a public institution that could compete with the nation’s finest undergraduate liberal arts colleges, thus stemming the flow of Missouri’s best and brightest students into other states.

When House Bill 196 went into effect, the University began refining its unique role in higher education, molding itself into one of the nation’s finest undergraduate universities with a high-caliber student body. With much refining of its mission completed, the University moved to define itself in this new role by choosing a new name that reflected its new mission.

What’s in a Name?

The University’s former directional name of Northeast Missouri State University (the school’s name from  Aug. 13, 1972 – 30 June 30, 1996) projected an image of its former self as a regional multipurpose institution rather than reflecting its evolving role in higher education as one of the finest public liberal arts and sciences universities.

The perceptions inherent with the regional name caused problems with student and faculty recruitment and with the University’s efforts to garner grants and other funds from the private sector. As a regional university, Northeast shared similar names with its sister regional institutions throughout the state. The instances of Northeast Missouri State University being confused with Northwest Missouri State University and other regional institutions were numerous among the media, the legislature, prospective students, educators, and the general public.

The Consideration for the New Name

Several factors were considered in selecting a new name for the University. The new name needed to:

Truman State University met each of these criteria.

Harry S. Truman’s life exemplified the ultimate goals of liberal arts and sciences education. He was a voracious reader and a life-long learner and teacher. He was known for using his highly developed grasp of history to explain contemporary problems or justify his policy positions. Truman was the first 20th-century president to actively advocate public funding that would expand access to higher education opportunities for all Americans, regardless of race, creed, color, national origin, gender or economic status. In 1946, he established the first support for federally funded education, which would help ensure this access. Some of the language in the report delivered by Truman’s commission bears a strong resemblance to Truman State University’s own mission statement. The Truman report said:

“Our society is desperately in need of men and women capable of giving wise leadership – the kind of leadership that can only come from those who know the nature, career and consequences of human value, who sense the meaning of the social forces operating in the world today, who comprehended the complexities and intricacies of social process and who command the methods of critical thinking.

Whatever the methods developed, the purpose is clear: to provide a well-rounded education that will fit men and women to understand the broad culture foundations, the significant accomplishments and the unfinished business of their society; to participate intelligently in community life and public affairs; to build a set of values that will constitute a design for living and to take a socially responsible and productive part in the world of work.”